Swimming with Whale Sharks in Australia is a must-do activity.

In this article we let you know the best tours and when can you see Whale Sharks in Exmouth? Imagine swimming within a few metres of a fish this big in the open ocean?

What time of year are Whale Sharks at Ningaloo Reef?

Every year from late March to July, Whale Sharks gather off the coast of Western Australia to feed near Ningaloo Reef. Ningaloo Reef is located north of Perth between the towns of Coral Bay and Exmouth.

Where is the best place to swim with Whale Sharks?

The annual whale shark migration coincides with the coral bloom on Ningaloo Reef which feeds plankton which in turn is filtered from the sea water by these harmless sharks. The reef’s proximity to the coastline, its 260km length and the deep water of the nearby continental shelf mixed with favourable ocean currents create the right ingredients for a diverse array of ocean wildlife.

You’ll need to take a specialist whale shark day tour out into the ocean to find and see whale sharks feeding near the ocean surface. A plane usually does a reconnaissance trip to locate the distinctive shape of the sharks cruising. The boats then gather and take turns dropping excited tourists into the water ahead of the shark. The shark swims in a predictable pattern so you have to just look down into the water and wait for the submarine-like bulk of the shark to swim past you. It’s a powerful experience as you recognise your exposed and vulnerable position bobbing in the ocean with something so immense and intimidating being so close.

Humpback whales, manta rays, dugongs and sea turtles can all be found at various times of the year off this stretch of coastline. For those not wanting to do a day snorkelling after whale sharks, you can snorkel off the beach at Turquoise Bay near Exmouth to see reef sharks, turtles and soft corals in the tidal pools inside the reef.

What months can you swim with Whale Sharks? When is the Whale shark season Exmouth?

The most important question: What time of year can you swim with whale sharks at Ningaloo Reef? March to July is the Whale shark season in Exmouth to swim and snorkel with the Whale Sharks.

So if you want to plan when to swim with the Whale Sharks from Exmouth its best to plan your trip around April or May. this is the busiest time so we do get pretty fully booked. Especially over the Easter Holidays.

You might think that if you were to take a tour to Exmouth, or through to Broome, you would not have time to do a whale shark trip because they take up most of the day. The itineraries for the tours that aren’t ending in Exmouth include a full day free for optional activities in Exmouth.

Pre-book your Whale Shark swim with us to ensure your spot on the boat, as they only take 20 per day: Ningaloo Reef Whale Shark Swim

“Swimming with the Whale Sharks. A once in a lifetime experience ” Real Aussie Adventures

How to get to Exmouth to Swim with the Whale Sharks.

Take a look at our tours from Perth up to Exmouth to get to the Ningaloo Reef.

Check out our Tours from Perth

Check out our Western Australia Tours. 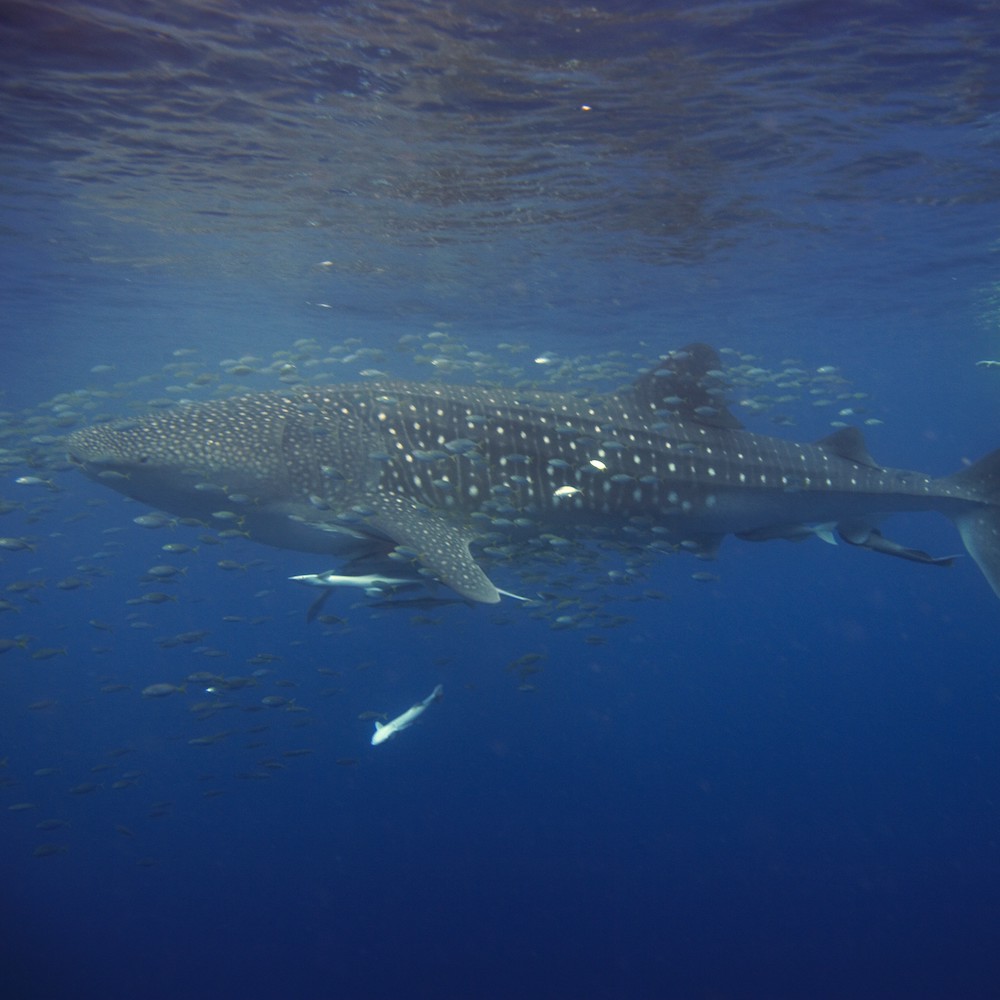 Swimming with Whale Sharks in Exmouth

The best place for Whale Sharks in Australia is in Exmouth.

Make sure you head north for the Whale Sharks Exmouth season. A once in a lifetime magical experience to swim with these beautiful creatures.

Tours for swimming with Whale Sharks in Exmouth

Best time to visit the Kimberley

What to do in Daintree and Cape Tribulation