Here is my adventure to Port Lincoln. Home to the most amazing wildlife and thrill seeking experiences I have ever done in Australia. Find out why Port Lincoln should be on your bucket list!

Port Lincoln a small city located in Eyre Peninsula, South Australia is despite its size a quite popular tourist destination. Tourists from all over the world visit this lovely city mainly for two reasons: Shark Cage Diving and the Sea Lion Swim. Due to its popularity and their uniqueness, I decided to book both activities which meant a weekend trip to Lincoln and a new adventure ahead of me.

Not only is the city known for its seafood, rare flora and fauna, and Lincoln National Park, but it is also home to two unique and thrill-seeking experiences.

During the short plane trip from Adelaide to Port Lincoln, I realized that I did not think about pre-booking any form of transport to the hotel. Luckily it went pretty smoothly since there were a few affordable cabs available at the tiny airport ( perhaps the smallest airport I have ever been too in my life).

We arrived on a Friday evening and the first activity we had planned on Saturday was the Shark Cage Diving. On Sunday we would join the Sea Lion Swim and fly back home on Monday. So, it promised to be a very epic, memorable and awesome weekend.

We were expected at the Adventure Bay office at 06:00 am, which is quite early so we were still half asleep by the time we arrived. Here we got some breakfast and thee/coffee to pump some energy in us, which we would need since we were expecting to be on the boat for a solid 10 hours. A little advice, if you have any issues with seasickness I would recommend you buy the pills at the office and take one before you enter the boat, this will spare you a lot of drama. We got an explanation about the day, and then the time arrived to take a group foto and head to the boat.

On the boat, we got a safety briefing and sailed out to the Neptunes Islands. This was roughly a 2,5 boat drive across a beautiful coastline and we spotted some dolphins on the way.

A couple of hours and seasick people later we finally arrived at the spot where it was all going to happen, the Shark Cage Diving. We could already see a lot of fish and spot some Sea Lions, so everybody was in an excellent mood. We got a safety briefing about the cage before we were allowed to enter it. A maximum of 6 people fitted in the cage so we had to go in turns. Once you enter the cage you have to put a regulator in your mouth to be able to breathe underwater. I already have some experience with Scuba Diving so it was quite easy to adjust underwater. May you never tried scuba diving before, breathing underwater will takes some time to get used to. But once you feel comfortable and have everything under control it is an amazing experience. You swim in between the fish on the lookout for sharks while you rock music playing on the background.

You see, while other tour operators use bate to attract the sharks Adventure Bay uses music. The music causes vibrations in the water that Sharks can sense, this makes them curious and creates the opportunity you might spot a shark. It is a very sustainable and environmentally friendly approach and it shows that Adventure Bay wants to leave the least possible impact on the environment as possible. After spotting nothing but fish for hours, we decided to hop in the cage again. And just as I was about to enter someone yelled SHARK. I went in as fast I was allowed and saw a shark swimming in the distance. Unfortunate it did not swim close to the cage, nor did we spot another one but I can genuinely say it was a great adventure.

There were enough food and drinks provided during the whole trip. The staff was really friendly and made sure you felt comfortable at all times. Another aspect I liked was the fact that they talked with us about the best ways to help out the shark. They are trying to spread a positive image and awareness about the Great White, I think it positively influences all the tourist that participate in Shark Cage Diving which is amazing.

On Sunday we had planned another amazing adventure: Sea Lion Swim. This time we were fortunate enough to report at the office at 07:30 am, you could immediately tell that the Swim was less popular since the group was way smaller. We went on the boat again and prepared ourselves for a 1,5-hour drive to a small island. As we arrived it was not hard to spot the Sea Lions since they were everywhere. We saw a couple in the water, on the rocks but most of them were resting on the beach. o ensure our impact on the Sea Lions was as small as possible we were not allowed to set foot on the beach nor come close to it. But that didn’t stop us from seeing many. Sea Lions are extremely curious animals and its why they swim quite close to you and play around. I think there were at least 5 in the water would swim not even a meter in front of you, it was an amazing experience. We stayed in the water for about an hour and then the time had come we had to swim back to the boat. During the way back I played some Uno with my friend and enjoyed the provided food.

“But once you feel comfortable and have everything under control it is an amazing experience. You swim in between the fish on the lookout for sharks while you rock music playing on the background.” Real Aussie Adventures 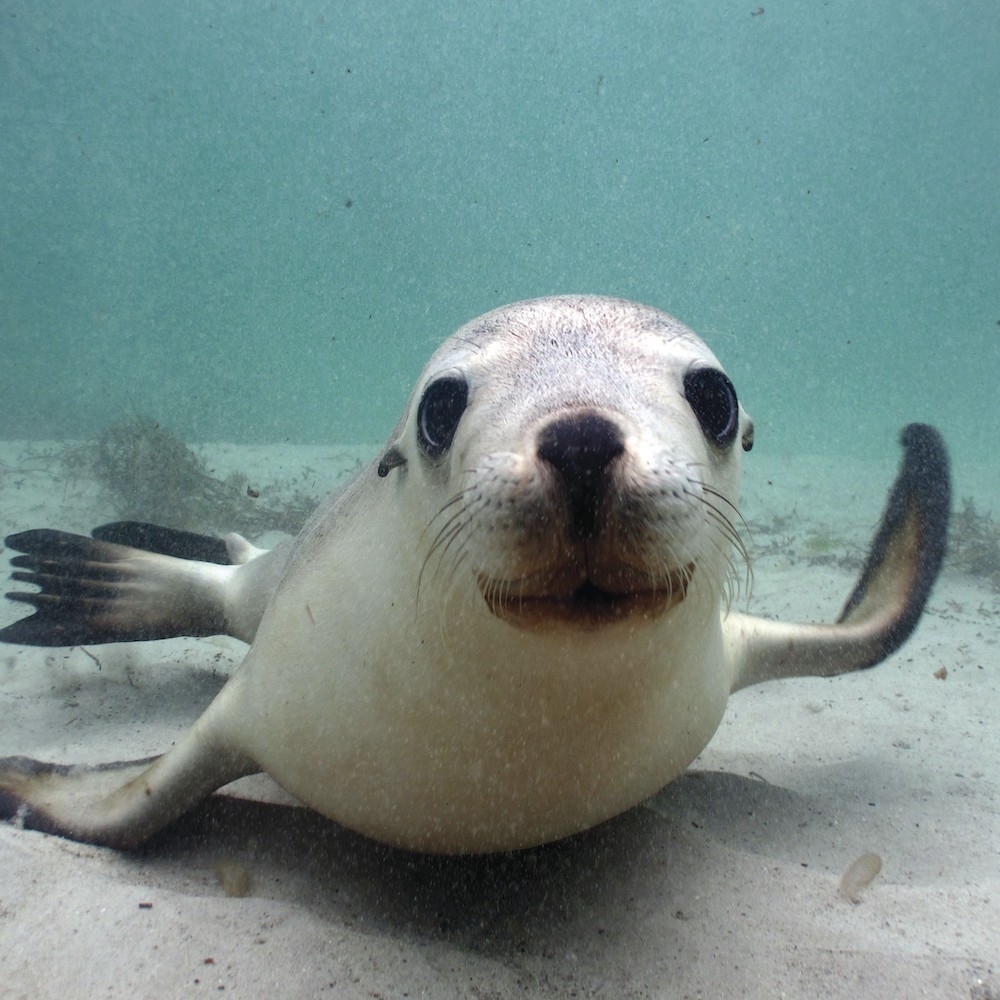 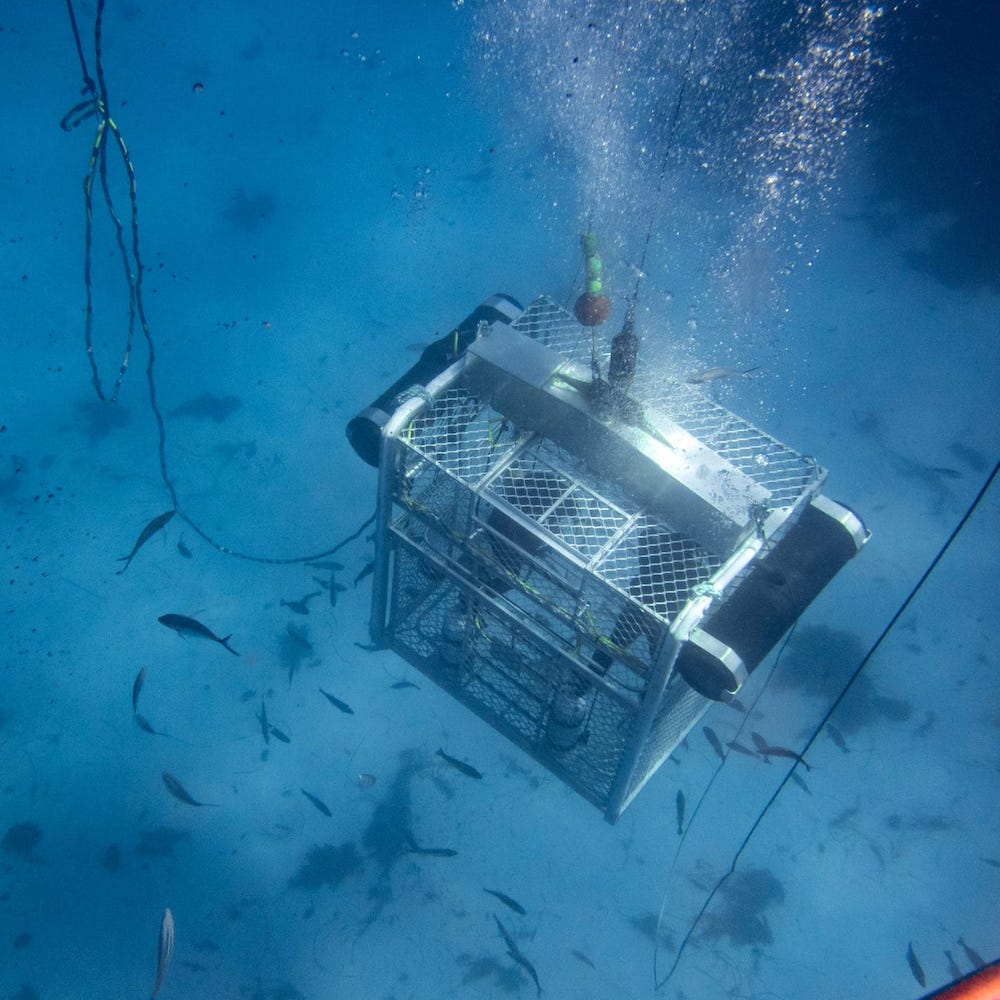 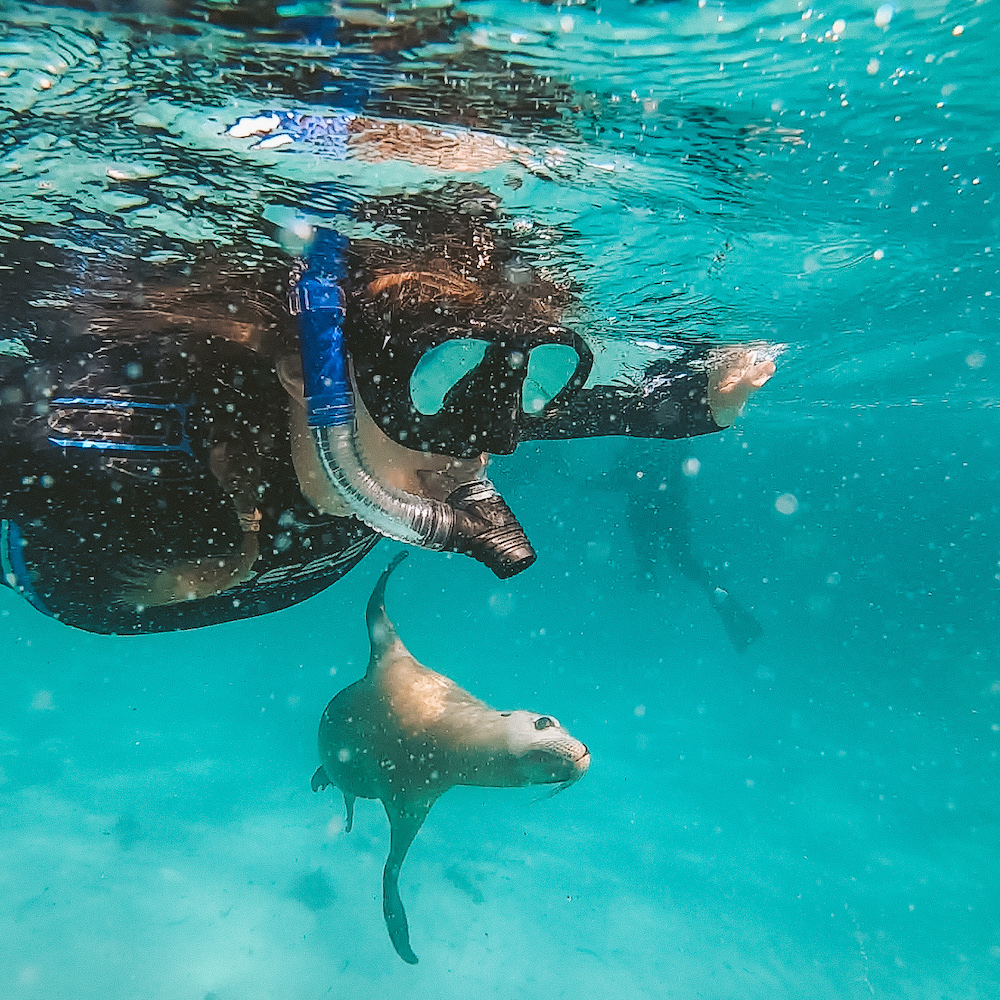 What to see between Adelaide and Uluru on Tour